Meeting of the PPA Management with the Attica Regional Governor G. Patoulis for the expansion of the cruise terminal at the port of Piraeus 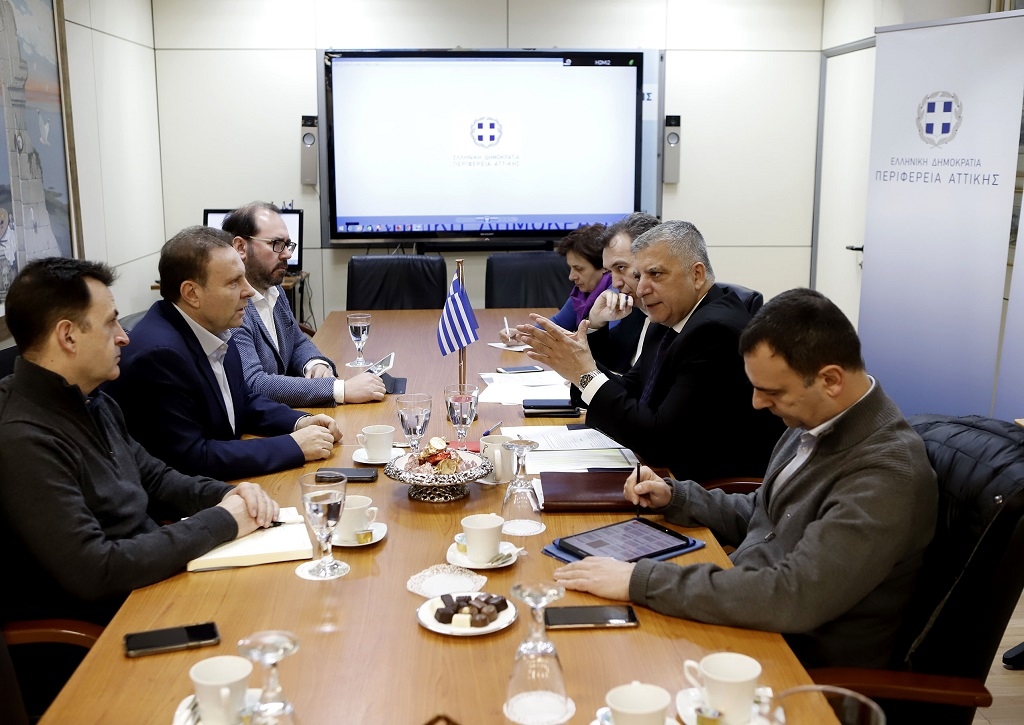 The expansion of the Piraeus passenger terminal for the construction of 2 berthing positions for the "new generation" cruise ships over 280 meters long and with 2,500 passengers’ capacity, was the focus of the meeting between Attica Regional Governor G. Patoulis with representatives of the Piraeus Port Authority. The project amounts to € 120 million which is funded by the European Regional Development Fund through Priority Axis 7 of the Regional Operational Program Attica 2014-2020.

In the meeting participated Thanos Liagkos, Member of the PPA BoD representing the PPA S.A. Management, Ch. Gerakarakis, Project Manager of PPA S.A., the Head of the Managing Authority for Operational Programs Attica D. Drosis and other officials from the Attica Region.

It is estimated that the construction works will begin at the end of February 2020 with a 32-month timetable for completion.
On the occasion of the meeting, the Attika Regional Governor pointed out that he pays particular attention to projects that ensure the re-development in Attica and create new prospects in important pillars of the Greek economy such as the cruise sector.

What the project includes

The project of 120 million euro budget concerns the expansion of the Piraeus passenger port to the south, in order 2 berthing positions to be constructed for the "new generation" over 280 meters long cruise ships. The project includes the construction of 150,000 sqm total area expansion, as well as the necessary water drainage networks, fiber optic and power/ water supply networks.