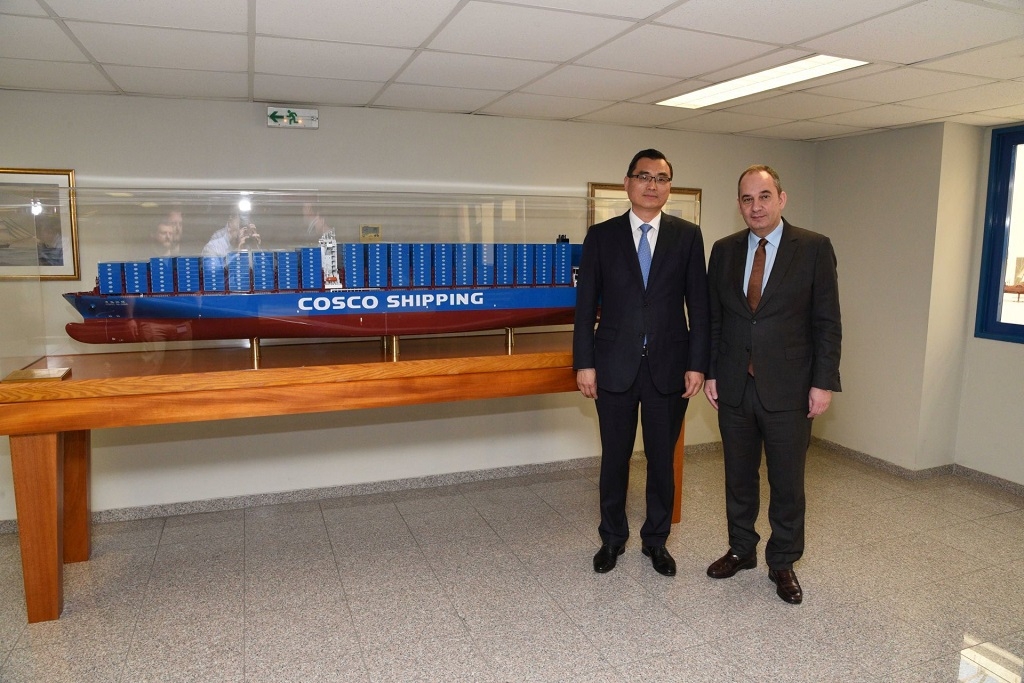 A copy of the 19,100 TEU's 'CSCL Globe' container ship was COSCO SHIPPING's gift to the Ministry of Maritime Affairs and Insular Policy.

The gift was presented to the Minister of Maritime Affairs and Insular Policy Mr. Yiannis Plakiotakis, by the President of PPA SA. Mr YU Zenggang, who underlined the excellent relationship the Chinese group has developed with Greece and especially with the Greek national economy, pointing out that the aim of COSCO SHIPPING is to continue investing vigorously in the country so in the next 4 -5 years, the port of Piraeus to become one of Europe's largest freight centers.

Mr Plakiotakis thanked Mr YU for his gift and pointed out that Kyriakos Mitsotakis' government had shown from the very first time it took over the country's government that it was ready to support significant investments such as COSCO SHIPPING’s , which are increasing dynamically the country's goodwill.

"We have already approved," he said, "a large COSCO SHIPPING investment plan of € 610 million and we are working together to create the conditions for expanding this plan. We, as a government, also want to see Piraeus port evolve into one of Europe's largest freight ports, and we know that for this to happen we need close cooperation with the port management, hard work, and consensus so that everyone can understand the benefits of such a positive development. "

In addition, Mr. YU informed Mr. Plakiotakis that PPA SA has concluded an agreement with a large group of medical services for the operation of primary health care facilities for cruise passengers at passenger station A (Miaoulis) in response to the request by the Minister to shield the port of Piraeus.