Official visit of the Attica Regional Governor G. Patoulis at the PPA S.A. 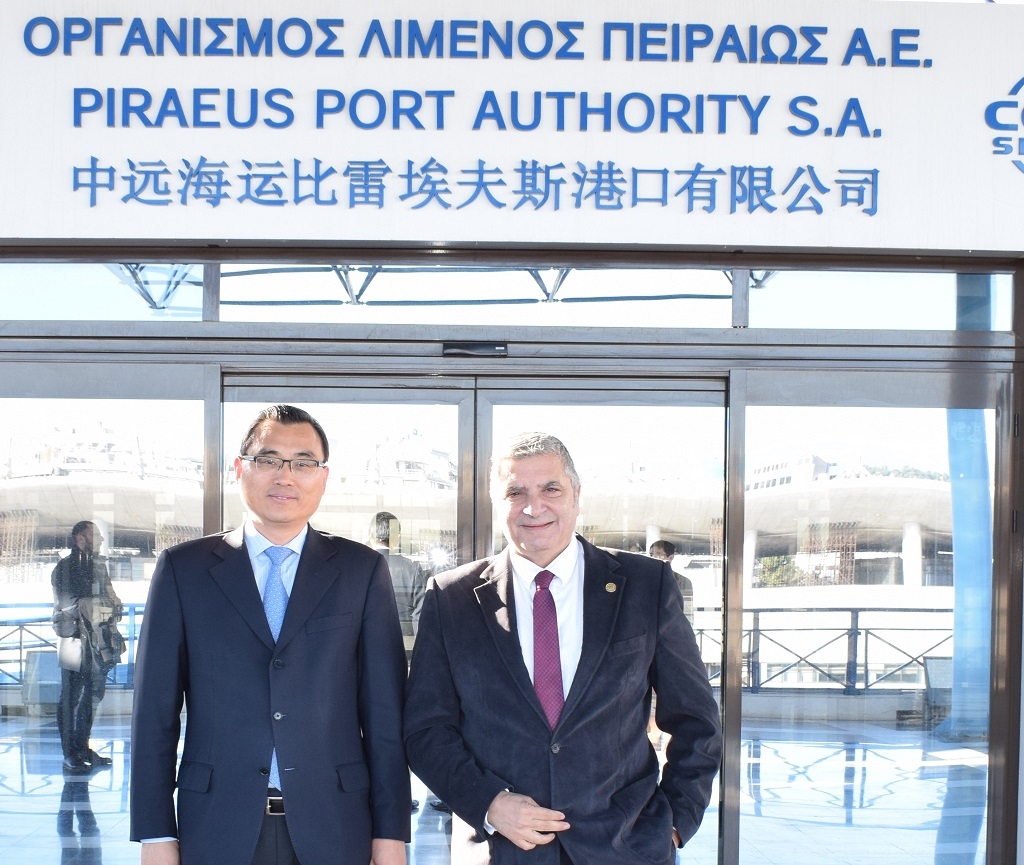 The Chairman of the PPA S.A. Mr. Yu Zenggang had a cooperation meeting with the Attica Regional Governor Mr. Giorgos Patoulis with subject the expansion of the Piraeus passenger terminal for the construction of 2 berthing positions for "new generation" cruise ships. The project of initial budget € 120 million, is funded by the European Regional Development Fund through Priority Axis 7 of the Regional Operational Program Attica 2014-2020. In the meeting participated Mr. Thanos Liagkos, Member of the PPA BoD.

It was a successful meeting and both sides reaffirmed their willing to proceed rapidly to the implementation of this project which will create new prospects in an important pillar of the Greek economy such as the cruise sector.