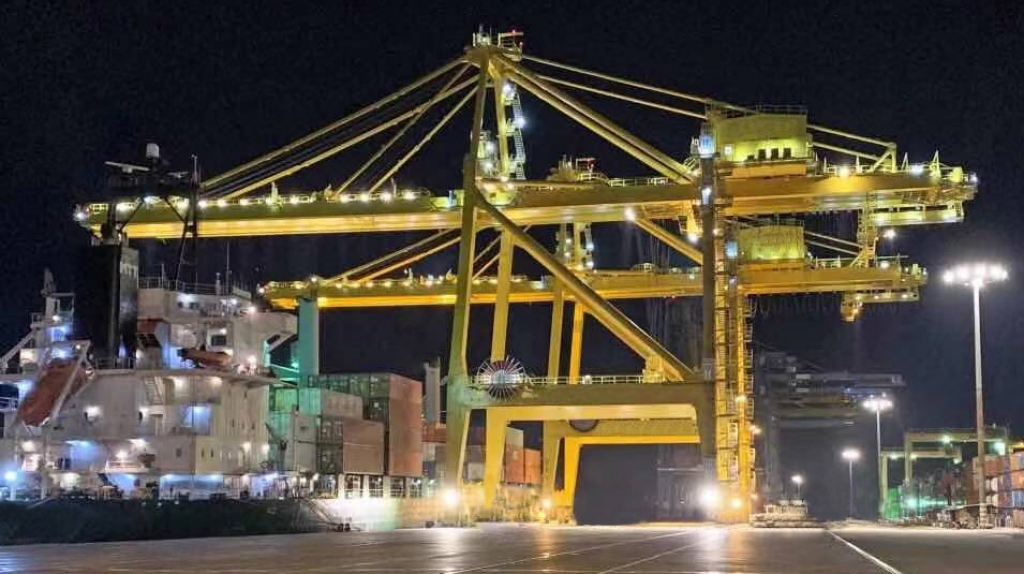 A delegation of RRNM Transport JSC Skopje executives visited the Port of Thessaloniki and met with ThPA S.A. counterparts, last week. RRNM Transport JSC Skopje is the railway operator of North Macedonia and cooperates with ThPA S.A., in the framework of the recently launched on August 17th, direct rail connection between the Port of Thessaloniki, the main gateway for trade in the broader region of the Balkans and Southeastern Europe, and Nis in Serbia.

The discussions between both sides focused on issues related to their ongoing and future cooperation, including the operational efficiency of railway connection, the assurance of high level and quality services etc.,.

In joint statements after their meeting, Mr. Athanasios Liagkos, Executive Chairman of the BoD & Managing Director of ThPA S.A., and Mr. Majan Vejseli, President of Managing Board and Director General of RRNM Transport JSC Skopje, expressed their satisfaction for the two sides’ cooperation, which is characterized by significant prospects and paves the way for the leveraging of new opportunities, in favor of their business partners and social stakeholders.
Source: Thessaloniki Port Authority