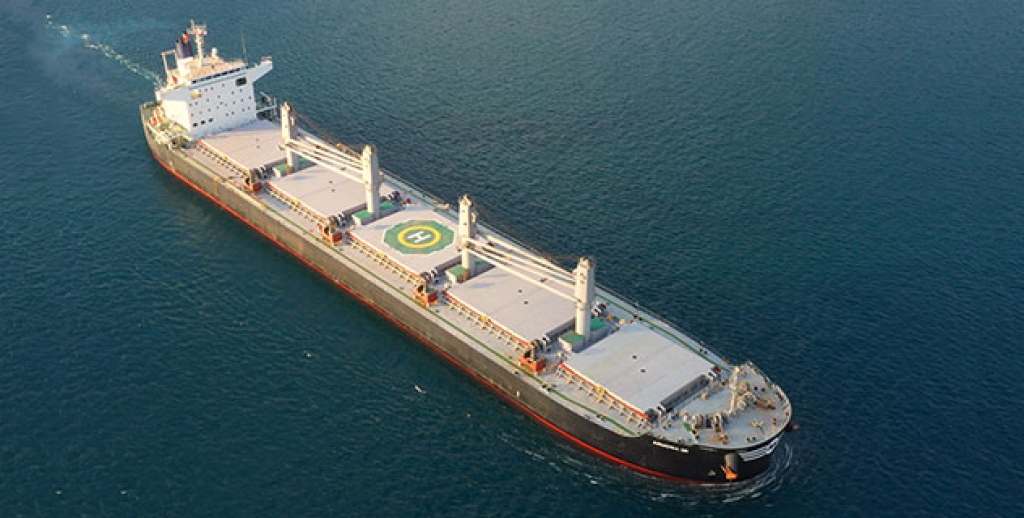 M/MARITIME completed the dry-docking of ARMONIA.GR at ONEX Shipyards at Neorion Syros. ARMONIA.GR is a 61,241 dwt vessel and the second vessel built in Japan in 2016 to be delivered under the management of M/MARITIME in July of 2017. From Imabari Shipbuilding Co., where she was built, ARMONIA.GR arrived at Neorion Syros ONEX Shipyards five years later to undergo her first special survey. During this five year journey at sea, ARMONIA.GR transported 1,382,774 tons of dry commodities around the world, calling at 71 ports with total of 115 seafarers having served as officers and crew onboard. M/MARITIME continues to entrust ONEX Shipyards and Neorion Syros for quality is reflected in people and their work. ARMONIA.GR was smoothly and timely delivered to M/MARITIME and thereafter sailed refreshed through the Bosphorus straights for her first employment after her first dry-docking.