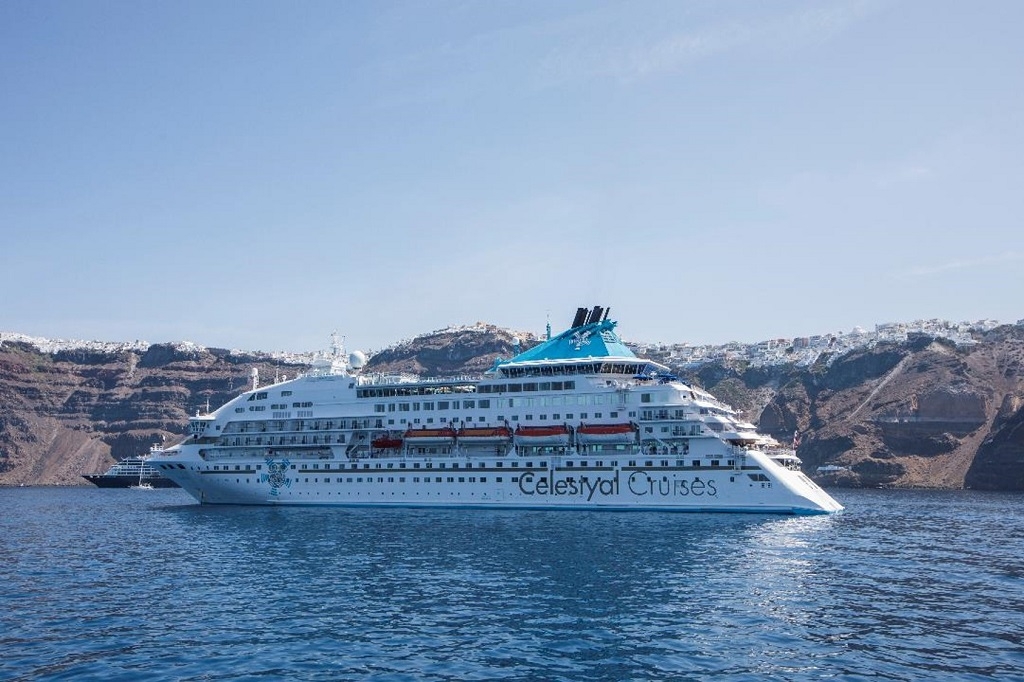 Celestyal Cruises, the number one choice for cruise travellers to the Greek islands and the Eastern Mediterranean, is delighted to reveal the first part of the programme of events on-board Celestyal Olympia, during the new seven-night itinerary «Legendary Archipelago», offering with weekly departures from the Lavrion Port and calls in Thessaloniki, Mykonos, Santorini and Rhodes, and then in the Limassol port in Cyprus and Agios Nikolaos in Crete. Travelers will have the opportunity to experience a melodic journey performed by popular Greek singers, combining relaxation and fun. Throughout the cruise the entertainment program has been enriched with two Greek orchestras that will provide travelers with offer unforgettable moments.

On-board music events will begin during the cruise departure on the 5th of July, with one of the greatest Greek composers and bouzouki soloists Thanasis Polykandriotis, along with popular performer Stelios Dionisiou, accompanied by Agnes Kaloumenou. These renowned artists will hold a concert under the "stars" in the open-air spaces of the cruise ship, performing songs that offer true and authentic Greek entertainment.

Celestyal Cruises’ music events will offer travelers a unique experience of on-board hospitality and entertainment, as well as fantastic value for money (there is no charge for children up to 12 years old). The program of on-board events on Celestyal Olympia will continue on the next departures, with other live performances by renowned Greek singers to be announced in the following weeks. 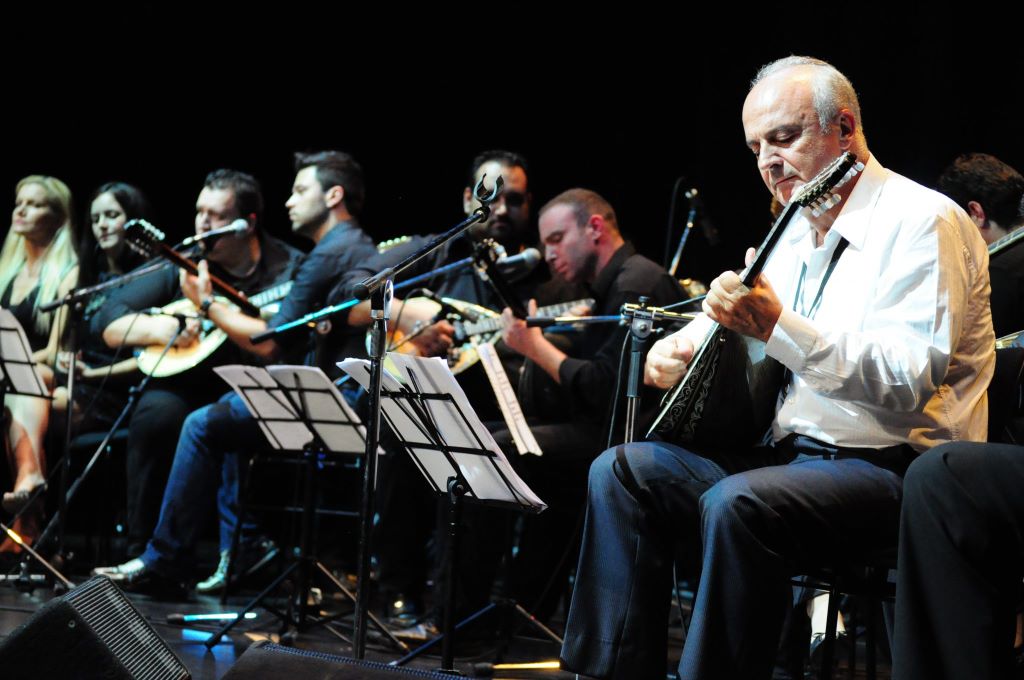 About Thanasis Polykandriotis
Son of a folk music teacher, Theodoros Polykandriotis, it was not long before he started studying music and at the age of eight, he took his first guitar lessons. Since 1961, he participated as a guitarist, in music bands of those days (JUNIORS, TRIO ESPERANTO) and three years later his professional career began unfolding. He came to be recognized as one of the best bouzouki players worldwide and in the years that followed, he participated in the 90% of the Greek music recording industry. In 1971 he appears with Nana Mouschouri and Marinella in a BBC show. Right after, Manos Xatzidakis features him as a soloist in the "Hard April of 1945", a musical work which is currently re-released. At the same time, he worked together with all of Greece’s great singers, such as: Kazantzidis, Dionyssiou, Parios, Marinella, Voskopoulos, Poulopoulos and others. He is the founder of the group “EPOMENOI”, which consist of 40 young bouzouki players. This group was chosen to perform at the Opening Ceremony of the XXVIII Olympic Games “Athens 2004”. He was the resident bouzouki player for ERT's Musical Ensembles for the 2005-2006 season. On June 8, 2008, he was awarded the international music award "Maestro International". Thanasis Polykandriotis is the inspirer and coordinator of a team of scientists who aim for the bouzouki to be recognized as intangible cultural heritage by UNESCO.
www.polykandriotis.gr 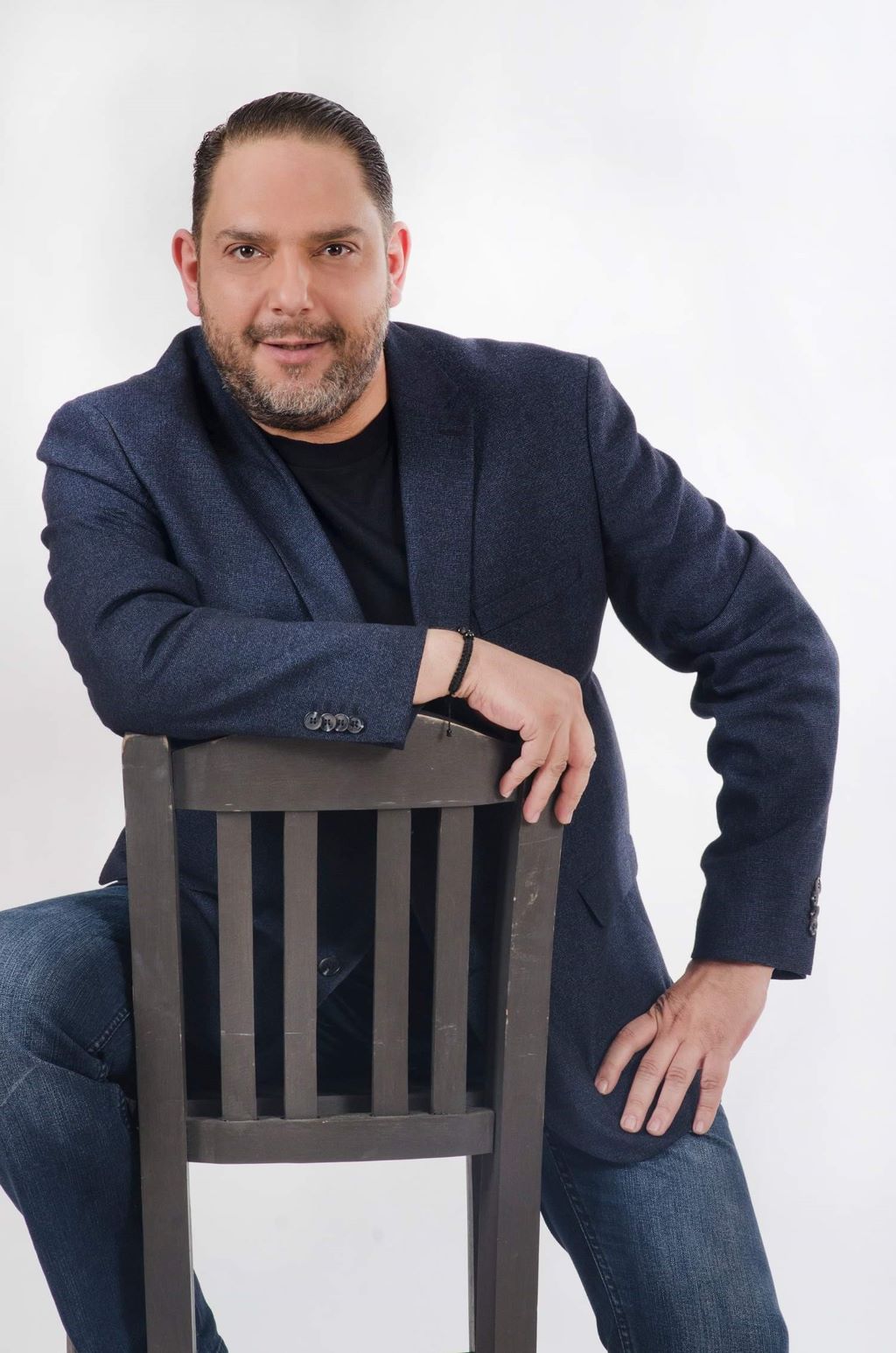 About Stelios Dionsiou:
Greek singer Stelios Dionisiou is the third child of the late Stratos Dionisiou and Georgia Laveni. His grandfather was Angelos Dionisiou. In 1990, he performed three songs with his father in "Stratos". In 1996 he had his first record participation, in Stamatis Kraounakis' album "The Songs of Karagiozis", performing a Zeibekiko, “Kolotuba”. In the years to come he released his own albums by Minos, "Me onoma vari san istoria” 1997, "Epivallete” 1999, "Den pan na vrehi" 2001, "Oti esthanome", 2003, Single "Stavros Xarchakos Presents Stelios Dionisiou" 2004, "Me agapas I na arhiso na pino?"2006, "Kali sou tihi", 2016. In 2014, Stelios Dionisiou participated in the play "Prin to harama" by Michalis Reppa and Thanasis Papathanasiou at Theatre Vembo. In 2016, Stelios Dionisiou also presented his song entitled "O horismos”, music by Thanos Georgoulas and lyrics by Stavros Galanakis, followed by the song "Ego ime eleftheros" in 2017, music by Nektarios Betros, lyrics by Takis Anastassopoulos.

Celestyal Cruises has fast built an award-winning reputation and recognition as the number one choice for cruise travellers to the Greek Islands and East Mediterranean thanks to its regional expertise and exceptional hospitality. The company operates three vessels, each one intimate enough to provide genuine and highly personalised services. The foundation of the company’s philosophy is built on a unique Greek heritage which combines outstanding hospitality with genuine cultural destination immersion and provides authentic, lifetime experiences both onboard and onshore.

Health and Safety Protocols
At Celestyal Cruises, our highest priorities are compliance, environmental protection and the health, safety and well-being of our guests, crew and the communities we visit. As a member of Cruise Lines International Association (CLIA), we have pledged our commitment to adopt mandatory core elements of enhanced health protocols as part of a phased-in resumption of cruise operations.
Informed by leading scientists, medical experts, European and Hellenic health authorities, these protocols apply to the entire cruise experience. Our health and safety measures will be continuously evaluated and adjusted based on the current evolution of the COVID-19 pandemic in Europe as well as the availability of new prevention, therapeutics, and mitigation measures.

Awards
In September 2020, Celestyal Cruises was honored for the second consecutive year at the renowned MedCruises Awards. The company was awarded first place in the category "Cruise Line with the Greatest Solidarity and Commitment during the Pandemic,” for its overall contribution to the local community, as well as to the industry as a whole, in light of the addition of a new vessel to its fleet during this critical period. In June 2020, Celestyal Cruises received three Tourism Awards in the largest and most prestigious competition for the Greek tourism industry.

For eight consecutive years now, Celestyal Cruises has took top several honours in Tourism Awards among which a Platinum Award for Guest Experience Excellence, Gold Award for Familiarisation Initiatives for Special International Target Groups, Silver Award for Solo Travel and for its CSR Initiatives and Bronze for the Safety of its Guests and Personnel. In February 2020, Celestyal Cruises was honoured at the Cruise Excellence Awards for its "Three Continents" cruise, as the best cruise itinerary for 2019. In June 2019, Celestyal Cruises was recognised for its overall contribution and commitment to the development of the cruise industry in the Eastern Mediterranean region at the MedCruise Awards in Genoa. In December 2019 and 2018 respectively Celestyal Cruises received the U.K. Editors’ Picks Award for Best Service by Cruise Critic, the world's largest cruise review site and online cruise community. In February 2018 Celestyal Cruises received four Cruise Critic Cruisers’ Choice Awards: two first place awards, for Shore Excursions and Value, and two second place awards, for Service and Entertainment.

Corporate Responsibility
Celestyal Cruises is deeply committed to sustainability and ethical business practices. The company actively supports the local communities in the destinations it visits, particularly in the field of education. Since 2015, more than 2000 students on the Greek islands of Milos, Patmos, Samos and Ios have enjoyed a ‘journey to knowledge’, by attending specialised educational programmes, initiated by Celestyal Cruises. Additionally, Celestyal Cruises supports cultural NGOs to promote youth entrepreneurship, marine student development and child welfare.

ISO Certification
The entire spectrum of Celestyal Cruises’ ship management, including technical, hotel and crew management, and offices, are certified in accordance with ISO 9001/14001 standards. The certifying authority is DNV-GL, which is by widely recognised as the biggest and most respected rating agency in the marine industry.